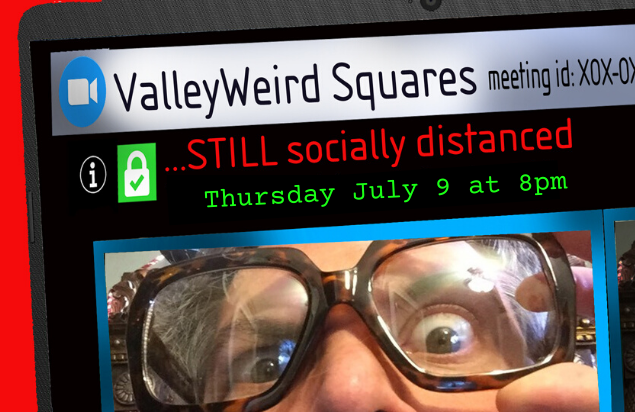 The personalities are pretend but the game is real, and YOU could win just by showing up! That's right, our contestants are chosen from the audience for this wacky game of TicTacToe featuring "celebrity" characters! Host and moderator Steven Bost will attempt to corral NINE outrageous personalities on the zoom stage, as trivia and comedy come together in this hilarious guessing game of yesteryear. The ValleyWeird Squares is directed by Daniel Moyer, a veteran of numerous Improv Comedy Power Hour teams, most recently with Staycation. He is also a founding member of independent teams The Fourtets and The Flumplenarfs, for which he also created original themed costumes.