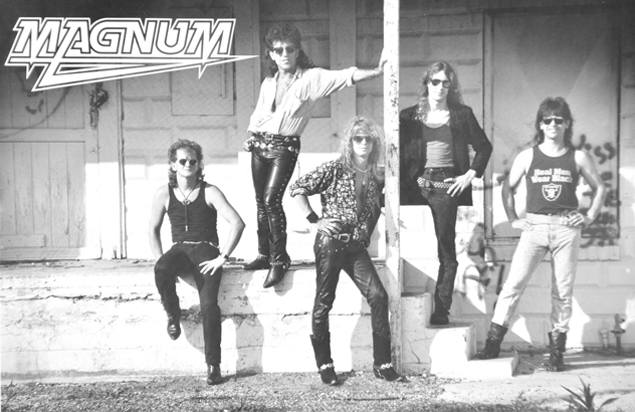 Levitt In Your Living Room with Magnum at Levitt Pavilion SteelStacks, 2018

Magnum is a rock band based in Allentown, Pennsylvania. Their career spans about four decades and they performed over 3500 shows on the East Coast in premier venues of all levels. From night clubs to festivals and concert venues. Magnum was trailblazers who were one of the first American bands benefiting from corporate sponsorship in Miller's Rock Band Network. An early DIY band from the get go, releasing singles, EPs and albums that were favorably reviewed by Billboard Magazine and achieving East Coast air play and live performances on cable network shows. Their popularity earned them direct support slots for artists such as Hall & Oates, The Ramones, Survivor... including Spring Break events in Daytona Beach and Fort Lauderdale, Florida and Summer residencies at the Jersey Shore. The band amassed a huge loyal following and were honored by being #1 on several radio station rock polls who also endorsed the band's recordings. The band still performs occasionally for reunions and in 2018 they celebrated their 40th anniversary.