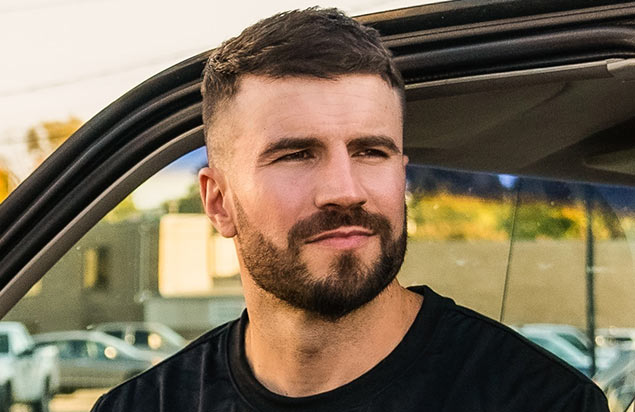 “It felt like the beginning of the next chapter in my life,” says Sam Hunt of finishing his second studio album, SOUTHSIDE. Daring in both its emotional heft and sonic explorations, the set arrives April 3.

Hunt made his remarkable debut back in 2014 with Montevallo, a revealing self-portrait told via a pastiche of sounds native to Hunt’s Georgia hometown: country, hip-hop, and R&B. The collection went triple platinum and logged four No.1 Country Airplay singles, a first for any male in the history of the genre off of a first album. Singles like “Leave the Night On,” “Take Your Time,” “House Party,” and “Break Up in a Small Town,” all platinum certified in their own right, each also enjoyed true crossover success. All four cracked the Top 30 on the all-genre Billboard Hot 100.

But fame and fandom have curious effects on creativity, Hunt found. And while working on his follow-up, there were moments where he felt the weight of public perception and expectation. “I knew too much,” he says, “there was a lot more to consider. I didn’t know what I wanted to say—how I wanted it to sound.” He stopped writing entirely for two years. “I questioned what was next for me,” he confides.

He searched for a breakthrough with a variety of pop and hip-hop producers, all eager to try on a variety of sounds. (“I did a lot of over-thinking,” he quips, recalling the quest.) Direction arrived instead when Hunt reunited with names familiar to those who’ve studied the Montevallo liner notes: powerhouse songwriters Josh Osborne (Kenny Chesney, Tim McGraw) and Shane McAnally (Kacey Musgraves, Thomas Rhett) and songwriter-producer Zach Crowell, who helmed the soundboard for SOUTHSIDE.

Re-embracing that team became an obvious choice. “The progress spoke for itself,” he explains. “The greatest thing about them is that they have opinions and they’re assertive. We all take that approach with each other in the studio.” In doing so, it brought him back to the way he used to pen songs, straight from the heart. “I had to lose some of the calculation,” he recalls. “It had become too mechanical.” It became about, again, “letting the emotion lead; using more heart than head when it comes to writing.”

In Osborne, in particular, he found a partner in his heady approach to songcraft. “When we have an idea, Josh and I will sit and talk out all the ways not to write it, and all the best ways to write it,” Hunt explains. It takes time, but the extra effort is, for the 35-year-old, a necessary part of the process. “We put a fine-tooth comb to a song. He’s willing to do that—a lot of people won’t.”

Together, they fashioned songs that snake between open-hearted, Nineties country (“2016,” “Let It Down,” “Breaking Up Was Easy in the 90s”), sizzling R&B (“Nothing Lasts Forever”), and brooding speak-singing confessions (“That Ain’t Beautiful,” a set standout). “Young Once” sees Hunt turn nostalgia into the sounds of the future, laying a soulful missive over airy atmospherics and a glitchy drum loop. And on “Sinning With You,” he ruminates on his ever-evolving faith over choral effects and reverb soaked strings. One-upping the old adage that country music is just “three chords and the truth,” here, he makes magic with only two.

Hunt has sent shockwaves through the industry before, moving the very mainstream of the genre towards his hip-hop inflected fare following the release of Montevallo, and he finds welcome new terrain again with the irresistible “Hard to Forget.” Currently climbing the Airplay and Hot Country Songs charts, Hunt warps a Webb Pierce sample (1953’s No.1 “There Stands the Glass”) into a drop, mixing in a boom-thwack beat. The results are downright euphoric; a true celebration of musical innovation.

Releases from years past, “Drinkin’ Too Much,” “Downtown’s Dead” and “Body Like A Backroad,” all of which dropped between 2017 and 2018, also each find a home on SOUTHSIDE. “I kept a list of song titles, and for some reason it just didn’t look complete without them,” he admits. “I kept thinking about it from the perspective of 10 years from now, looking back—those are all part of this moment and this part of my career.”

A perfect set of musical bookends, the album opens with the regret-laden “2016,” one of Hunt’s finest vocal performances yet, and closes with the sparse “Drinkin’ Too Much,” which was shared to Soundcloud on New Year’s Eve 2017. Both arrived via moments of profound impulse, he recalls, nights where you just “pull out your guitar and an idea falls out.” Stunning in their vulnerability, they’re the very antithesis of the standard Nashville co-write fare. “Sometimes, it can all get too cute,” says Hunt. “It feels like everything’s gotta be some kind of wordplay—something that’s super clever. Songs don’t always have to do that.”

Both “2016” and “Drinkin’ Too Much” lament years blown off course by celebrity. “I became a version of myself that I’m not,” he admits. “I learned a lesson I should have already known: That pursuing something that the world tells you that you should covet comes at a price. How much are you willing to give up for that thing? I wanted to tell that story, but make sure that people heard it from somebody who had gone through this whole thing, for whatever it’s worth.”

That “Drinkin’ Too Much” wraps with a delicate piano outro of the traditional hymn “How Great Thou Art,” played by Hunt’s now-wife, Hannah, was only fitting, he says. “Even if 99% of people don’t know that she played on it, I believe there’s an energy attached to certain things. That it will go through the speakers, and that person listening will pick up on that, whether they know what they’re picking up on or not.”

As for the title, Hunt says it perfectly encapsulates the duality of where he hails, something ever evident in his music. “It captures the urban and rural side of my upbringing,” he explains. “I associate that word with a lot of the music I grew up listening to; the different artists I grew up listening to—and the place that I’m from.” Put more simply: “It felt like this record. It felt like me.”