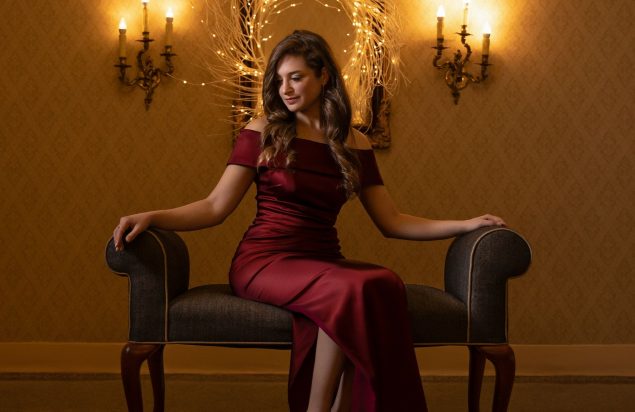 Celebrate the release of jazz singer Corinne Mammana’s debut Christmas EP album, In the Christmas City! The EP commemorates the Christmas season in her hometown of Bethlehem. Enjoy reimagined Christmas favorites and originals performed by Corinne and her band.

Praised by JazzTimes for “superb technique” and All About Jazz for her “sheer genius” arrangements, American jazz singer, songwriter, arranger, recording artist and bandleader Corinne Mammana is passionate about preserving the music of the past while placing her own personal spin on the American Songbook, Christmas songs, and popular tunes from the past few decades. With creative arrangements sung in a sophisticated and soothing style, fans have described Mammana’s voice as a cross between Norah Jones, Julie London and Stacey Kent. She has released two albums— “Under an August Moon” (2016 EP) and “Yes, No, Next” (2020) which both received international praise. Mammana’s upcoming Christmas album “In the Christmas City” will be released in November 2022.