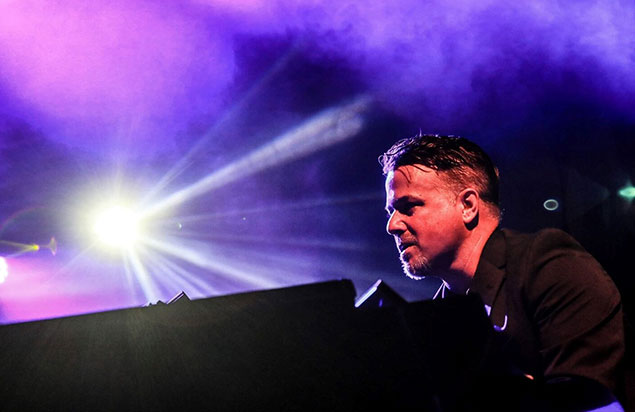 The Stranger - A Tribute to Billy Joel

The Stranger Ft. Mike Santoro is the nation's most authentic tribute to Billy Joel.

Born and raised in Levittown, NY, just a few miles from Billy Joel's childhood home, it seems like a natural fit to see a fellow Long Islander pay homage to the music of the man who in Mike word's is “not only my musical hero, but an icon that is also down to earth and humble at the same time. After meeting Billy in person, sitting and having a regular chat with him that I immediately understood why his songs and his lyrics are so identifiable and relatable to millions and millions of fans around the world for the past 50 years”.

Being a fan of drums and playing since the age of 12, Mike also then taught himself how to play 6 and 12 string acoustic guitars and eventually gained most of his professional experience and expertise on keyboards and piano. Mike was raised with a deep appreciation for music by his late father Joe Santoro. He was a gifted and powerful tenor vocalist in the vein of Sinatra, Bennett, Nat King Cole and others. It wasn’t until 1978 when Mike borrowed his sister’s 52nd Street record, and heard one of his favorite songs “Until The Night”, that everything changed. “This ‘rock star’ Billy Joel, grew up in the same town I lived in, mixed it up on the same streets that I walked and went to the same public schools that I did. Yet, what I was listening to was music so beautiful, moving and intricate, I had to learn more…well really learn ALL of it”. It’s about then that he became obsessed with finding his identity as a musician and vocalist, and for years that inspiration has given Mike the good fortune to play music professionally all over the country for over 2 decades.

Mike’s obsession with accuracy, tonality and faithfully recreating the sound of every Billy Joel song as it’s heard on the record is what has helped drive the band to the national level it has reached.

“Every song Billy has ever written is loaded with his own homage to the artists and bands he admired growing up and you clearly hear it in his vocal recordings. From Ray Charles, Lennon and McCartney to The Stones to Frankie Valli to The Righteous Brothers and so many others. What you’re hearing in Billy’s entire catalog is the evolution an artist who began as a classically trained pianist at the age of 3, and then in his early teens suddenly the Beatles happen. Talk about a perfect storm! I feel it’s just as important to capture that kind of energy and sound but with soulfulness, and as close as possible to the way Billy did it - yet without overdoing it”.

Coupled with the raw energy of a live show, his drive to perform is all born from his appreciation for every fellow Billy Joel fan that comes out to see The Stranger and joins in celebrating his music. Mike has said “its like a communal experience, me and the band on the stage are just part of a big family having a party. I’m really fortunate to have been afforded the opportunity to have this “job”, and being backed by what’s often been called “‘one of the best live bands out there, bar none’”.

In the words of Billy Joel himself to Mike after their meeting and talk together, “Thank you for keeping my music alive”.