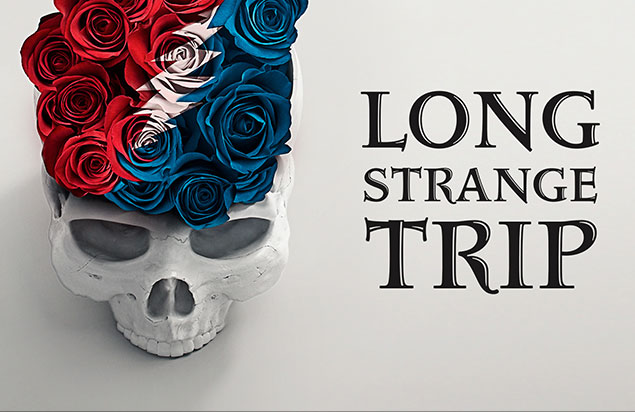 Long Strange Trip - The Untold Story Of The Grateful Dead

The 30-year odyssey of the Grateful Dead was the most unlikely success story in rock ’n’ roll history. Famously averse to publicity and seemingly incapable of recording radio-friendly hits, they flouted music industry convention by giving their live music away to a global network of tape traders and becoming the highest grossing concert act in America through word of mouth alone.

Directed by Amir Bar-Lev (The Tillman Story), Executive Produced by Martin Scorsese and Thomas J. Mangan IV and produced by Eric Eisner and Alex Blavatnik, Long Strange Trip is the first full-length documentary to explore the fiercely independent vision, perpetual innovation, and uncompromising commitment to their audience that made the Bay Area band one of the most influential musical groups of their generation. The film provides poignant insight into the psyche of late lead guitarist Jerry Garcia, whose disdain for authority clashed with his de facto leadership of the sprawling collective that kept the show on the road.

With a soundtrack that captures some of the band’s most dynamic live performances as well as unguarded offstage moments and never-before-seen interviews, footage and photos, Long Strange Trip explores the Dead’s singular experiment in radically eclectic music making. The film is at once an inspiring tale of unfettered artistic expression, a heartfelt American tragedy, and an incisive history of the rise and fall of 20th-century counter-culture.