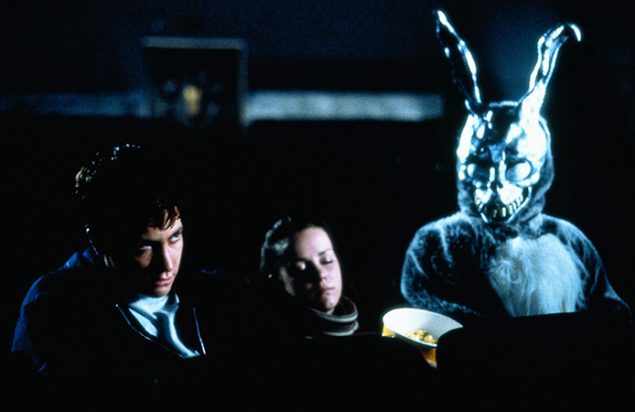 “If revisiting an old movie is a bit like going back in time, that sense of disorientation is doubled in DONNIE DARKO. A haunted miasma of youthful alienation, suburban malaise, cosmic upheaval and 1980s pop-cultural infatuation, writer-director Richard Kelly’s captivatingly strange 2001 debut plays more than ever like its own suspended-in-time artifact.” -- Justin Chang, L.A. Times

Before STRANGER THINGS combined science fiction, Spielbergian touches and ‘80s nostalgia to much acclaim, Richard Kelly set the high-water mark with this debut feature. Initially beset with distribution problems, it would slowly find its audience and emerge as arguably the first cult classic of the new millennium.

In its thirteenth year in existence the Northampton Community College Film Club is dedicated to providing students who love film and the filmmaker's art opportunities to watch and discuss film classics both new and old, support student filmmakers, and sharing films with their community on-campus and beyond. Each semester screenings at The Frank Banko Alehouse Cinema serve as the club's primary community outreach activity. The NCC Film Club is pleased to partner with ArtsQuest to bring these free film screenings to Bethlehem.