SteelStacks is a ten-acre campus dedicated to arts, culture, family events, community celebrations, education and fun. Once the home plant of Bethlehem Steel, the second largest steel manufacturer in the nation, the site has been reborn through music and art, offering more than 1,000 concerts and eight different festivals annually. 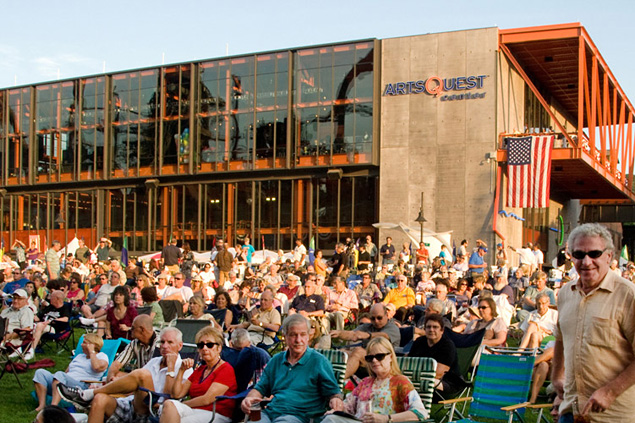 When guests visit the SteelStacks campus, the first thing they usually notice are the towering 'stacks' after which the campus is named. What many people may not realize is that these iconic structures are actually a series of five blast furnaces that were used in the iron making process at Bethlehem Steel for decades.

Source: National Museum of Industrial History, The Story Behind SteelStacks 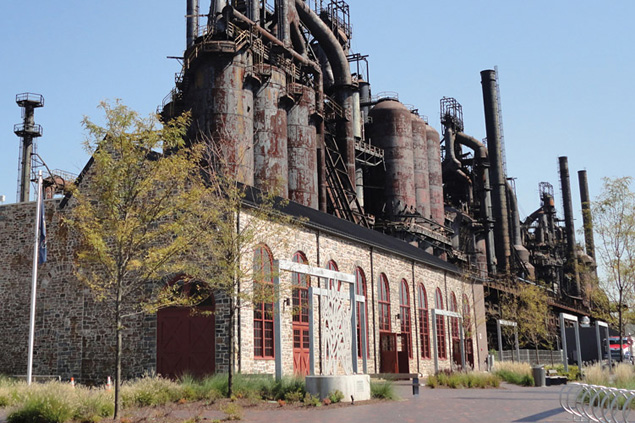 For nearly a century, the Bethlehem Steel plant in Bethlehem served as the economic lifeblood of the community, employing tens of thousands of people while producing the steel that built our nation’s skyscrapers, bridges and even the U.S. Navy, helping win two World Wars in the process. In 1995, however, after a nearly 120-year history of steel production on the site, the plant closed its doors forever, leaving the region with a void that seemed impossible to fill.

Rather than demolish the historic mill or walk away and let it fall apart, the community rallied around the iconic plant, working hard to bring new life to the former industrial giant. In 1999, the City of Bethlehem, Bethlehem Area School District and County of Northampton – the three local taxing bodies – established a Tax Incremental Financing (TIF) district on the property, dedicating any future tax dollars generated from new business on the site to helping revitalize the former steel plant. 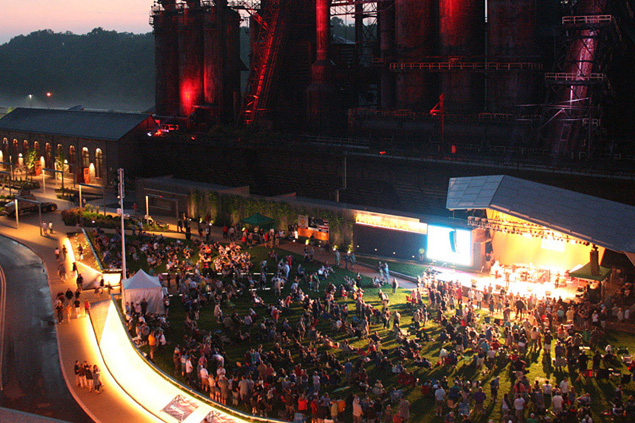 Then, through a partnership involving the nonprofit ArtsQuest, the City of Bethlehem, the Bethlehem Redevelopment Authority, local public television station PBS 39 and Sands BethWorks Retail LLC, which donated the land for the project, plans were put in place to transform the site into an arts and entertainment district that would showcase music, art, festivals, educational programming and more throughout the year.

Over the past several years, more than $70 million has been invested into the SteelStacks project through state and federal grants and generous contributions from corporate and private donors realizing the enormous benefits to redeveloping the property. Today, the former steel plant is once again thriving, this time as one of the premier destinations in the Northeast for music, art and entertainment. Since its opening in spring 2011, more than one million people have visited SteelStacks to enjoy 1,750-plus musical performances, films, community celebrations and festivals including Musikfest, the largest free music festival in the nation!

The History of Bethlehem Steel and SteelStacks