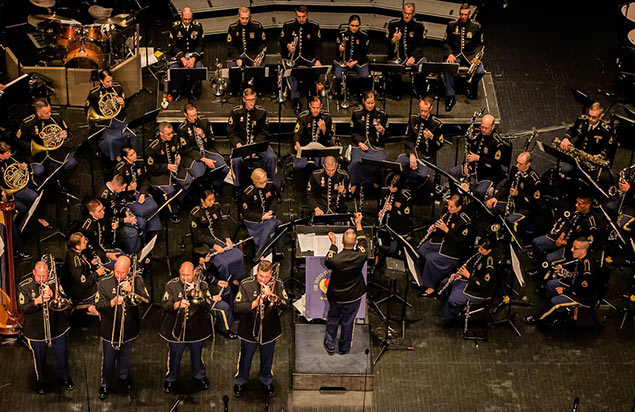 From Boston to Baghdad, Tampa to Toronto, The United States Army Field Band has been thrilling audiences of all ages for more than six decades. As the premier touring musical representative for the United States Army, this internationally-acclaimed organization travels thousands of miles each year presenting a variety of music to enthusiastic audiences throughout the nation and abroad. Through these concerts, the Field Band fosters the support of the American people for members of the armed forces and supports diplomatic efforts around the world.