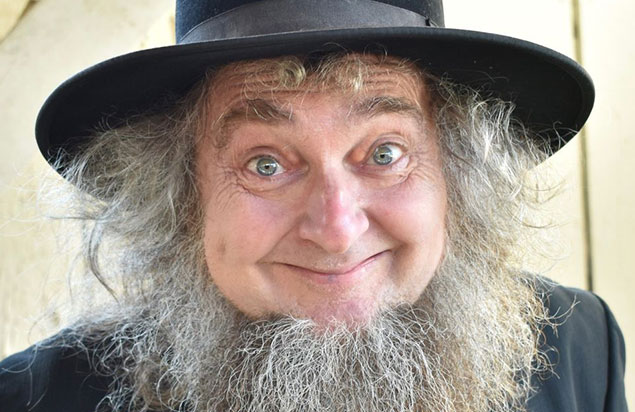 The First (and only) Amish Stand-Up Comedian in the world, Raymond The Amish Comic is a high-energy ranting storyteller. Fans and club owners have called him an Amish Robin Williams.

A comedian for the people! A fast-fun therapy session! You'll be pointing at your friends and saying "He’s talking about You! Busted!"

Raymond’s rants on technology have become legendary. Everything from Facebook to shoveling snow, school closings, pumping our own gas, pet sitting for your friends, living with vegetarians, football fanatics, politics, current events, Netflix and scanning your own groceries. Raymond the Amish Comic is a one-hour session with your shrink!

And yes, you may get some good old-fashioned Amish rants on the Horse and Buggy, Rumspringa and the Amish Mafia!

Other appearances include MTV, the Opie and Anthony Show on Sirius XM radio, and the Film 'For Richer or Poorer'.

Not an Amish for the tourists. Rated R! Kris Fried is a writer/comedian who appears regularly at NY's Comedy Cellar and as a panelist on The Greg Gutfeld Show on Fox News. He has written for SNL's Weekend Update, appeared in sketches on Conan O'Brien, and opened for Colin Jost, Rob Schneider, Michael Ian Black, and Jay Mohr. His album, "We're All Adults Here," debuted in the Top10 list of the iTunes comedy charts. He also has a Master's degree in psychology from Harvard University for no reason at all, and still mows his parents' lawn.