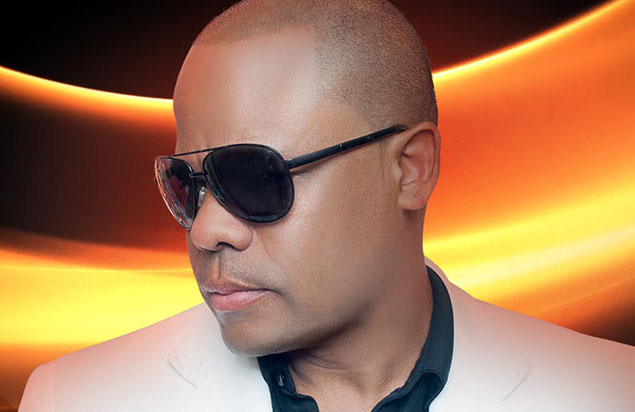 Oro Solido was formed by Raul Acosta, who has received the nickname ‘El Presidente’. Acosta was born in Santo Domingo, Dominican Republic on September 8, 1971. Born into a musical family, at the age of seven, he and his older brothers Iván and Rafael, in addition to local neighborhood kids, started a pre-adolescent music group called “Los Sobrinos Del Rey” a Dominican attempt version of the Jackson 5. With this early experience, Raul was able to develop his musical talent as well as his stage presence. The group went on to perform in two nationally televised shows on the government TV station, channel four, for a show called “Amarillis con los Niños.” At 9 years old, the family relocated to the United States. With no English skills, Raul moved to Jersey City, New Jersey to start his new life. Years later, he moved to Union City where the Hispanic culture was growing stronger.

Upon graduating from high school, Raúl began his studies in music and sound engineering by joining Kennedy’s Music World, a local music studio, school, and store, where he met a teacher named Kennedy Cortina. Kennedy taught him just about everything he knows, and planted the seed of music in his mind.There he worked retail and operated the music studio as well as helped students in their classes. In 1990, after graduating high school, he held different positions within the Hudson County government.

He continued to release albums approximately every year after that. With hits like “Ta Cache,” “La Tanguita Roja,” “Maria se Fue,” “El Baile del Beeper,” “Una Nalgadita,” “La Morena,” among others, Oro Sólido, positioned itself as one of the biggest Latin music groups in the world. They have surpassed various barriers when it comes to performing in the Anglo media and having their music played on English-speaking radio stations. Raul Acosta has been nominated for and won numerous awards throughout the years, including Premios Estrella, Premios ACE and Premios Lo Nuestro.

The group has performed regularly on some of Hispanic TV’s most distinguished and popular TV shows. Oro Sólido was also the first merengue band to perform on Fox 5 News New York and The Jerry Lewis Telethon. Also, he performed on the inauguration of President George W. Bush‘s second term in the Constitution Hall in Washington D.C.

The group has also performed over 5 times in the renowned Madison Square Garden as well as other famous arenas like the Universal City Amphitheater in Los Angeles, the Zócalo square in Mexico City, Estadio Modelo in Ecuador, El Monumento in Dominican Republic, and the New Jersey Meadowlands. The group has shared the stage with artists such as 50 Cent, LeAnn Rimes, Celia Cruz, Marc Anthony, Fat Joe, Johnny Ventura, Wilfrido Vargas, Tito Puente, El Gran Combo and The Temptations.

How it's going to work:

In order to maintain proper social distancing and provide a safe dining experience for all, we are offering limited seatings, every 15 minutes, throughout the evening.