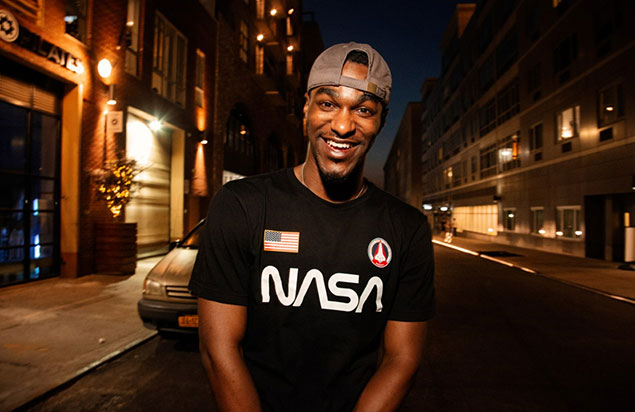 Originally from Houston, TX, Ashton Womack started telling jokes at the tender age of sixteen. Fueled by the encouragement of his family and friends, he has since gone on to establish himself as a powerhouse performer around the country. His Comedy Central stand-up set will debut this Fall. Ashton is currently a staff-writer at The Daily Show on Comedy Central. Prior to that, Ashton wrote for the 2021 Grammy Awards and MTV’s TRL. On screen, Ashton can be seen on Comedy Central’s Alternatino, Vice Live and in the upcoming Paramount feature film Clifford. In 2018, he was selected as a New Face in the prestigious Just For Laughs Comedy festival where he performed in front of veritable entertainment industry leaders. Ashton has featured for Maria Bamford and tours colleges across the country. In 2014 he won Free Press Houston’s Best Comic award and in 2015 he won the title of Lafftown’s funniest.