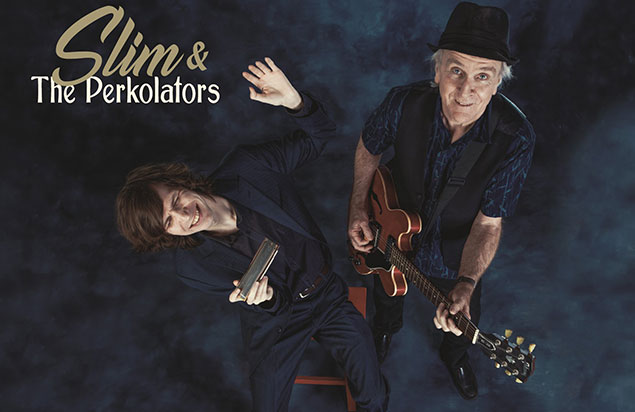 Formed 5 years ago by veteran Pennsylvania Blues Hall of Fame guitar player Tim "the Perkolator" Perks and young Harmonica ace Derek "Harmonica Slim" Matteson, the band have developed a sound that incorporates classic Chicago style house rocking blues, west coast jump/swing, rock and roll and roots music that both engages and entertains audiences everywhere they play. In addition to playing locally and regionally including many of the area's major blues festivals, the band has travelled to Florida and as far north as Maine bringing their music to as many people as possible playing literally hundreds of gigs in the short time they have been together. In 2019 the band was inducted into the Pennsylvania Blues Hall of Fame. In 2020 the band reached the semi finals of the IBC's in Memphis.

Our debut self-titled CD which was nominated for a Blues Blast magazine award in 2019 contains a majority of originals and also some lesser known covers which offer both stylistic difference between the individual tunes yet also maintains the integrity of the bands live sound.