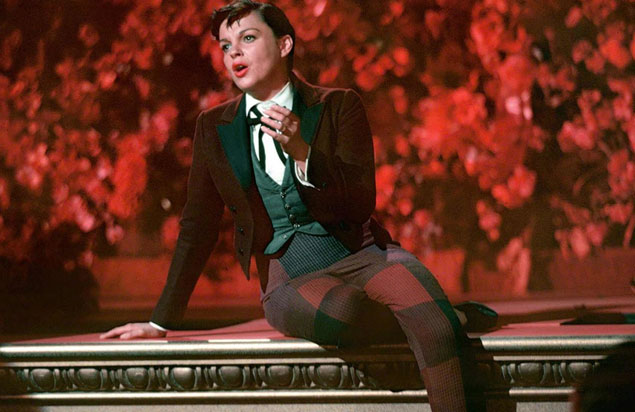 A Star is Born

Part of Judy Garland at 100

Academy Award winner Judy Garland stars as a young nightclub singer who becomes a star but loses the man she loves--who will not allow himself to hinder her rise to fame once A Star is Born. The career of talented nightclub singer Esther Blodgett (Garland--The Wizard of Oz) is launched by movie star Norman Maine (James Mason), who also wins the young singer's heart. Esther becomes leading lady Vicki Lester and Mrs. Norman Maine, but as Maine's career flounders, he sinks into an abyss of alcoholism. Esther chooses to sacrifice her stardom to care for her husband, but he will not allow Esther to abandon her dreams for him. Features Judy Garland singing "The Man that Got Away." Nominated for six Academy Awards including Best Actress (Judy Garland), Best Actor (James Mason) and Best Song ("The Man that Got Away"). Based on the classic 1937 film.