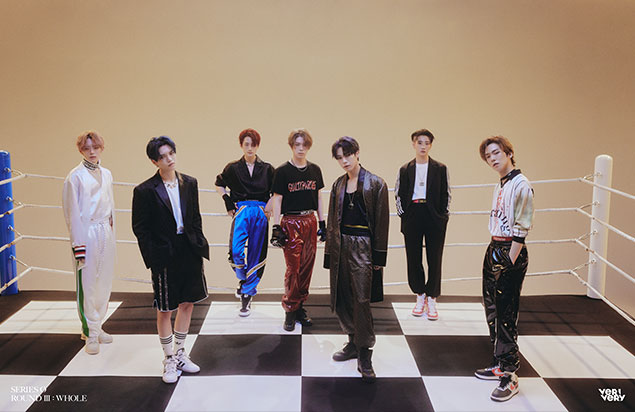 With captivating performances at the ready, the K-Pop group VERIVERY is coming to Bethlehem! The 7-member group is back again to greet fans, with live music and show-stopping performances. Fans are in for a feast with a setlist showcasing an expanded discography that will leave them breathless.

Eager to meet their fans with new music, they came back in March 2021 with their second single album SERIES ‘O’ [ROUND 1 : HALL] and began another epic series. The lead single “Get Away” landed VERIVERY their second No. 1 on Billboard’s World Digital Song Sales chart placement, proving their growing global popularity.

VERIVERY’s musical discography expanded with the release of their sixth mini-album SERIES ‘O’ [ROUND 2 : HOLE], released in August 2021. The mini album debuted at No. 1 on the U.S. iTunes albums chart, and the lead track “TRIGGER” topped the U.S. iTunes K-pop songs chart.

Since their last U.S. tour in 2021, they’ve released a prequel to ‘SERIES ‘O’’ through the digital single ‘SERIES ‘O’ [ROUND 0 : WHO]’ featuring the title track “O”, which was shortly followed by the release of the series’ grand finale with ‘SERIES ‘O’ [ROUND 3: WHOLE]’, their very first full album. Now it's time to finally meet their fans again with another mesmerizing show.