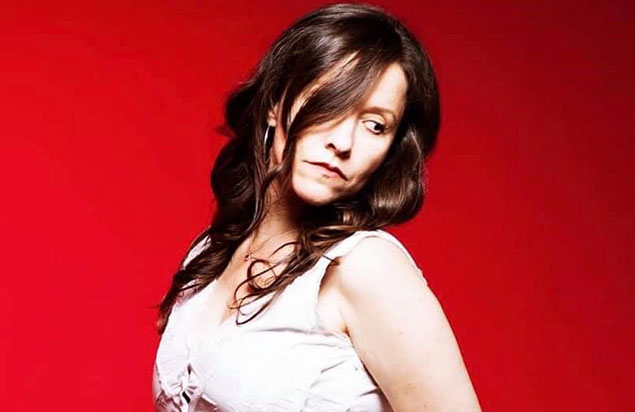 The lead singer of acclaimed roots band Low Lily, Liz Simmons is an award-winning songwriter with a new solo album, “Poets” (2021). Liz has appeared as a backing vocalist for folk greats Melanie, Tom Chapin, and Livingston Taylor, and has also performed and toured with the John Whelan Band, EVA, and Long Time Courting.

Born in San Francisco to musician parents, Liz spent her early childhood traveling through the wilds of north America in a sky blue VW bus. Her parents were itinerant, moving from California to Oregon, then to Ketchikan, Alaska where they played regular gigs in the pubs for the locals. Liz and her sisters’ lullabies were traditional ballads from Appalachia, Ireland and England. In 2005, Liz received a BA from Goddard College where she studied American vernacular music of the 1920s and 30s, and then went on to forge a professional career with her husband Flynn Cohen (John Whelan Band, Cathie Ryan, Aoife Clancy), founding the bands Annalivia and Low Lily. The band’s signature sound has been shared with enthusiastic audiences throughout North America and the UK, garnering two #1 songs on international folk radio and two Independent Music Award wins.

“She knows her way around a hook, and has a hell of a voice to deliver it.” – Country Tracks

“Lovely album, and a pleasure to share on the airwaves!” –Fiona Ritchie, NPR Music

“Replete with a refreshing collection of songs, ‘Poets' has all the makings of becoming an ageless album.” –Irish Music Magazine