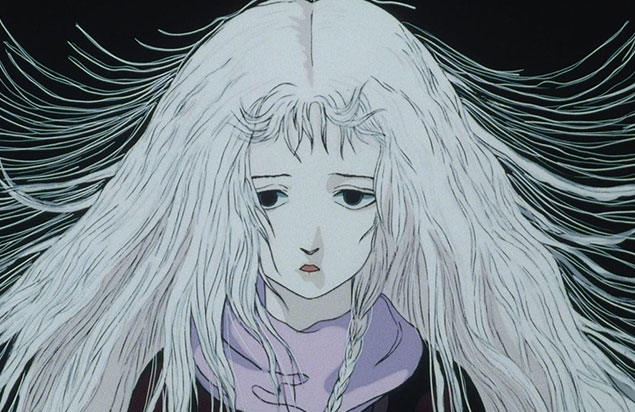 From acclaimed director Mamoru Oshii, (Ghost in the Shell, Avalon, The Sky Crawlers), Angel’s Egg is an incredibly unique, atmospheric, and boundary pushing film. It is set in a barren dystopian landscape, inundated with a sense of dread and decay. The film follows only two characters: a young girl carrying a large egg, and a man whose curiosity about the egg grows as they wander around the dark landscape. The narrative and dialogue are sparse: with the focus being on an uneasy atmosphere, stunning abstract imagery, and moody gorgeous art design.

Angel’s Egg is also grounded in Oshii’s real-life experiences. He attempted to inject all his sorrow, desperation, and desolation into the film from his own existential crisis after losing his faith. The film is a co-production with another legend as well, visual artist Yoshitaka Amano (Vampire Hunter D, Final Fantasy, Sandman: The Dream Hunters).

In Japanese with English subtitles