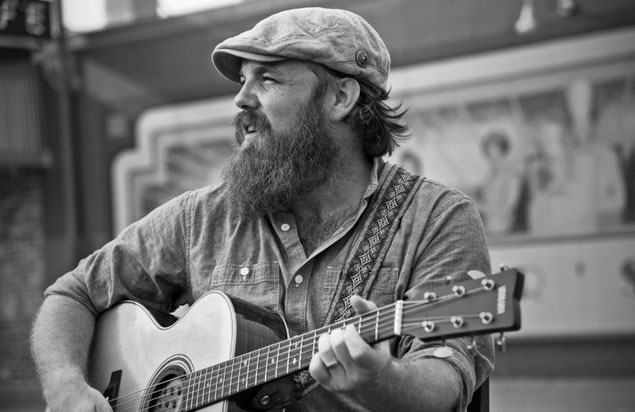 Marc Broussard is an internationally acclaimed Louisiana recording artist with a unique gift of channeling the spirits of classic R&B, rock and soul into contemporary terms. In 2004, he released his major-label debut, Carencro, with its signature song “Home,” that Marc credits to jump starting his career. That album, and the others that followed, revealed Marc as an old-school Southern soul singer blessed with both a rarefied talent and an innate stylistic and emotional authenticity, whose old school blend of rock, R&B, soul and sensitivity have made him one of the most indelible artists of his generation.

Son of Louisiana Hall of Fame guitarist Ted Broussard, Marc's latest album Home (The Dockside Sessions) provides audio tracks from videos he’s compiled over the course of his career recorded live at Dockside Studios near his Lafayette, Louisiana home. It features a new version of "Home". The live videos have garnered more than 30 million plays, and his acoustic version of the Solomon Burke classic “Cry to Me” has gained over 15 million views alone on YouTube.

In October, Broussard will release a new studio album - a lullaby collection of standards - and make his debut as an author with his first children's book. Proceeds will benefit Our Lady of the Lake Children’s Hospital in Baton Rouge.

The upcoming album marks Broussard’s third covers album of his career. His first, SOS: Save our Soul, was a collection of R&B classics. The second, SOS 2: Soul on a Mission, delved further into the vaults of R&B, soul and rock (released in 2016). Broussard donated 50% of the profits from these albums to City of Refuge, an organization that seeks to lead individuals and families on a journey to self-sufficiency.