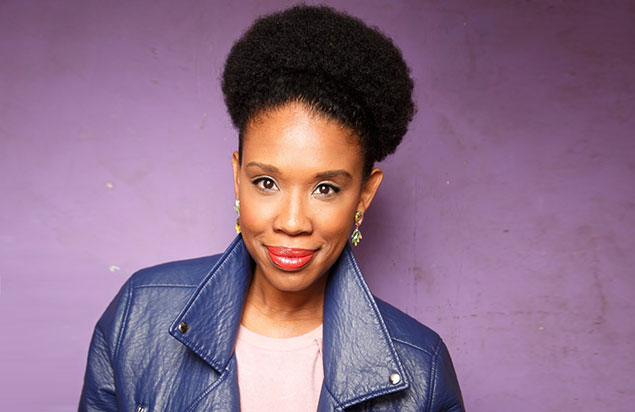 Joyelle Nicole Johnson is a comedian and writer who brings joy to the stage.

She is currently the warm up comic for Hasan Minhaj’s talk show Patriot Act on Netflix and the permanent guest host for the Sirius XM radio show Godfrey Complex. Joyelle made her network TV debut on Late Night with Seth Meyers and has written for Broad City. She has performed on Wyatt Cenac’s Night Train for SeeSo, This Week at the Comedy Cellar and Comics to Watch for Comedy Central, LaffMob for TruTV, was a panelist on Refinery 29/Facebook Watch’s After After Party and can be seen in this season of HBO’s Crashing.

She was selected for the 2018 FOX Comedy showcase, was a finalist in NBC’s Stand Up For Diversity Showcase and has performed at festivals like SF Sketchfest, Bonnaroo, The New York Comedy Festival and Bumbershoot. She regularly features for Hannibal Buress and has opened for other legends like Dave Chappelle, Russell Peters and Maria Bamford. She also tours with Daily Show creator Lizz Winstead's Lady Parts Justice League making her dreams of combining comedy and activism come true.